REPORT OF THE TAMIL SEMINAR ON LAY LEADERSHIP


The seminar on Lay Leadership in Tamil was conducted by NBCLC, Bangalore between 16th and 20th May, 2022. In all there were 41 participants (14 female and 27. male). The inaugural session began with the lighting of the traditional lamp, bhajan singing, Gospel reading and invocative prayer. Rev. Dr. A. John Baptist, the Director of NBCLC, extended a warm welcome to all participants and introduced the resource person Swami Gnana Jothi from Anjali Ashram, Mysore. Fr. X. D.Selvaraj (Tuticorin) explained the subtleties of the seminar.

Swami Gnana Jothi is the present Acharya Guru of the Anjali Ashram, founded by Swami Amalorananda (Fr. D. S. Amalorpavadoss, its first Acharya Guru) located on Chamundi Hill Road, Mysore. His baptismal name was Louis. He was given that name because he was born on a Christmas day. Later, he assumed the Indian name Swami Gnana Jothi meaning the light of wisdom, an equivalent of his English name Louis. The ashram strives to establish a truly multireligious community and to promote a spiritual mode of life.

The Seminar was held for 5 days, each day one topic and on the final day the leadership role of the laity in the society and in the church were lucidly explained. Thereafter the participants were encouraged and guided to individually draw a plan that could be initiated on their return to their respective parishes and places of residence. At the end Certificates were distributed to the participants by the Director, NBCLC. 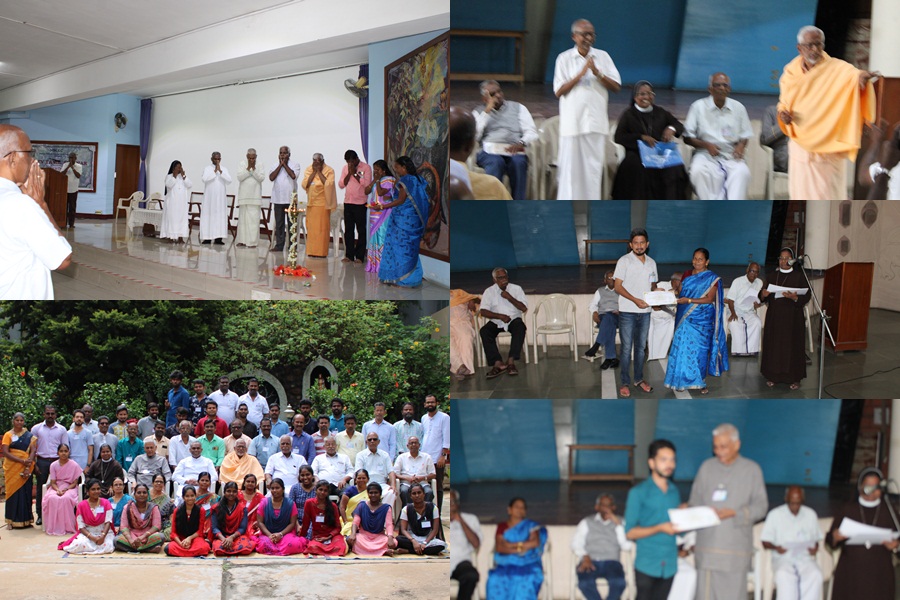